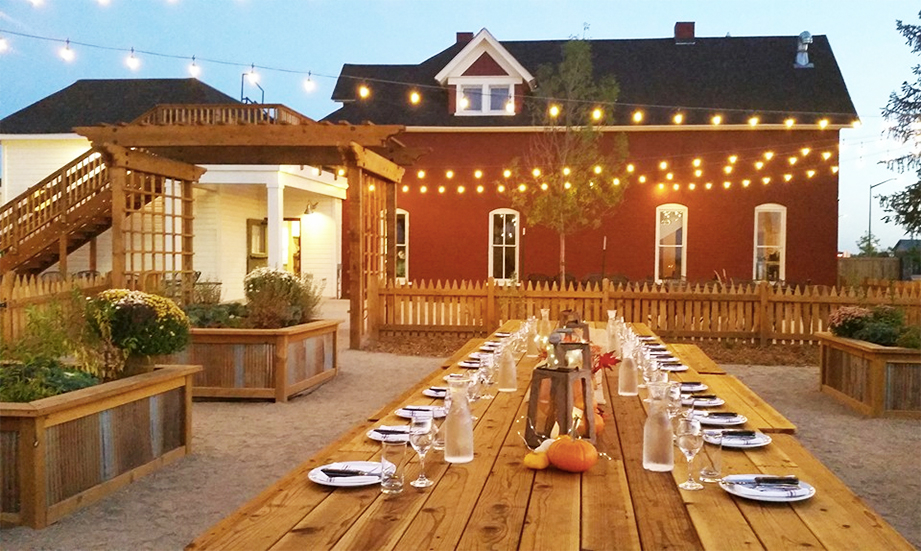 The term “food hall” may elicit images of a crowded high school cafeteria, but the gourmet restaurants collectives opening their doors across the country are anything but. First appearing in trendy cities like Los Angeles and New York, gourmet food halls quickly spread across the United States to Texas, Washington, and Colorado.

Denver locals got the first taste of the food hall model at to The Source, which opened in 2013, and Avanti, which followed last year. Both locations are lauded for the assortment of local, artisanal fare offered by their vendors, who serve up everything from fine charcuterie and artisanal baked goods to craft cocktails and specialty cuisine from across the globe.

Northern Colorado recently stepped onto the scene with the introduction of the Jessup Farm open-air market and artisanal village. Located off of Prospect and Timberline roads in Fort Collins, the culinary delights available at Jessup Farm include a coffee shop, bakery, farm-to-table restaurant, and farmer’s market during the harvest season.

The original Jessup Farm structures were built around the turn of the century by Joseph and Mary Jessup. The Jessup family worked the land until 1953, when Jessup Farm was absorbed by the neighboring Johnson Farms. Like many farms in the area, the land eventually lay fallow until it was sold for development in 2011.

Instead of destroying the Jessup Farm buildings and starting from scratch, Fort Collins-based developer Bellisimo, Inc. decided to preserve the structures, at the same time preserving the history of the land and the community. Bellisimo “created an innovative, adaptive reuse plan to preserve, restore, and rehabilitate the historic integrity of the Jessup’s farmstead.”

What was previously a mechanic’s shed now houses Bindle Coffee, a craft coffee shop and roasting company. As a nod to the shed’s previous life, Bindle Coffee chose to keep the large, mechanical garage door on the side of the café, filling it with windows to add plenty of natural light. The industrial elements of the shed are complemented by the warm, farmhouse feel of the interior decoration.

The Farmhouse at Jessup, a farm-to-fork eatery that delights in creating seasonal cuisine from scratch, has found its home at the 130-year-old farmhouse where the Jessups previously resided. Exposed brick, wooden tables, and an outdoor seating area surrounded by picket fences and planters complete the balance between the modern and the old-fashioned.

In addition to fresh food, visitors at Jessup Farm can find classic watches crafted by Vortic Watch Co., apparel and furnishings at Heyday, the offices of Clayton Jenkins Photography, and the fourth location of Miramont, a local lifestyle and fitness club.

Jessup Farm developers Bellisimo, Inc. also turned an eye to the environment in choices like landscaping. The buildings are surrounded by native Colorado grasses instead of standard residential choices like Kentucky Bluegrass, which saves roughly 55 million gallons of water and 6,000 pounds of CO2 from farm maintenance equipment each year.

Though other food halls are certainly designed around the idea of a communal marketplace, Jessup Farms artisan village goes one step further. It’s a key part of the initiative to build a stronger community in Northern Colorado, which is why visitors will find ample activities, including free weekend yoga and fitness classes, and plenty of seating in an open plaza between the vendors.

If you’ve never visited Jessup Farm before, consider going early on a weekend morning for brunch at The Farmstead, or coffee from Bindle and pastries from The Loafing Shed. Early birds can drop into a free yoga class every Sunday from 8-9 a.m.

For more information and to see a list of upcoming events, head to the Jessup Farm website.